Mister Lonely is a weird little film.  It’s a story about love and about celebrity impersonators who live together on a commune and never break character.  Marilyn Monroe (Samantha Morton) goes by Marilyn, and our protagonist, Michael Jackson (Diego Luna) goes by Michael.  There is also Abe Lincoln, Charlie Chaplin, the Pope, the Queen, Sammy Davis Jr., James Dean, Madonna and others.  The oddity of their existence puts some distance between them and us, (after all who would live this way?) but Mister Lonely is about bridging that gap and making us empathize with the weirdos.

If anything, the film tries to shine a light on our own internal weirdo.  I might not want to dress up as him, but I sure as hell wish I could be Richard Linklater… or The Head and the Heart’s Josiah Johnson, or Buster Posey or Steph Curry.  I certainly don’t want to be them, but it’s hard not to picture yourself in the shoes of your heroes, whoever they may be.  We wear our favorite athlete’s jerseys, we put posters on our wall of our favorite bands and movies, and we name our kids after people who mean a lot to us, whether that’s a relative or an important historical figure or Kylie Jenner: 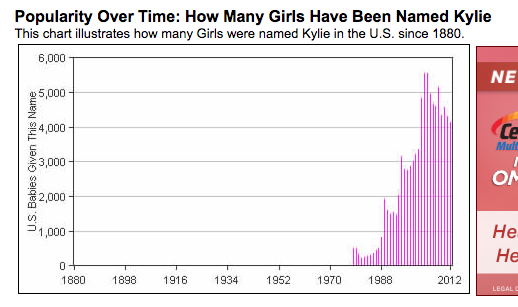 So what I love about movies like Mister Lonely is the way they challenge you at first, only to show you something about yourself.  And yeah, that’s vague and perhaps a little highfalutin (had to look up how to spell that, I was once space bar off), but these quirky little movies are like funhouse mirrors, letting you look at yourself (and others) in a new way.

Michael is a Michael Jackson impersonator living in Paris.  He’s a solitary man, living alone in a cherished, quaint room, and he is soon convinced by Marilyn Monroe to move with her to this magical commune which is almost too magical to believe.  It’s like the setting of a short story, where you’re more likely to suspend your disbelief.  In this case, the movie never tries to convince us to come along for the ride.  The commune is there, and you either buy into it or you probably don’t like this movie.

Well, there is one thing the film does to convince you to come along.  The first act of the film feels like an ordinary reality, just seen through the eyes of a celebrity impersonator.  What’s his life like?  That’s the question this part of the film tries to answer.  But then when Michael agrees to enter this new, magical world, we take a break from the narrative and join a priest and a series of nuns somewhere in an African country.

We meet the priest in a very long, probably improvised scene that looks straight out of a documentary.  The man who eventually confesses his extramarital affair and asks for forgiveness, is undoubtedly a non actor.  The effect of this moment seems to be to yank us as far from the narrative of Michael and Marilyn as possible.

Soon the priest embarks on a short flight with a few nuns to drop bags of rice to villages below.  One of them falls out, and during her fall, she prays to God to spare her life while then admitting that she will follow his plan, even if that means she should die.  She lands, and she survives.

So this is some kind of allegory right?  I’ll jump ahead a little and let you know that the film ends somewhat brutally.  Marilyn’s husband, Charlie Chaplin, repeatedly rapes her, and eventually Marilyn hangs herself.  Michael returns to his solitary existence in Paris and has an imagined conversation with Marilyn from beyond the grave.  The tone of this scene, though, is almost whimsical.  It’s not tormented, and Michael isn’t expressing any severe grief, just a strange curiosity and disappointment with Marilyn for leaving him.

The film’s final image is of the bodies of the nuns, washed ashore.  We had seen them skydiving in an occasional, dreamy sequence during the course of the narrative, but now they’re dead, and this seems real.  The obvious implication is that none of this happened.  The nuns’ flight was just a drawn out death, and perhaps Michael’s brief voyage never happened either.

In the end, Michael ditches his costume and decides he wants to be himself.  While the film never condemned his (or the others’) eagerness to pretend to be someone else, it does celebrate his inevitable decision to be himself.  But maybe the movie is telling us that being yourself isn’t a guarantee of anything?  Maybe the ‘real’ is bound to be disappointing while the ‘fantastic’ will always be more fun?

This film is both whimsical and grim, optimistic and dour.  It’s maybe a story about what could be and then, with sorrow, what is.  It’s as if a 10 year old boy wrote half of the movie, and his 40 year old self wrote the other half.

I know little about Harmony Korine, but through some brief research I learned that he went through what he described as a very dark period before the making of this film.  He’s an independent filmmaker, and his films are certainly not for the masses.  His most recent one, Springbreakers is both hated and loved, defined by its divisiveness as much as anything else, I’d say.  And maybe there’s something to that divide.  This film presents such strongly opposed images of the world, that it feels like Korine is trying to unsettle you.  You can’t sit with one tone or message very long before he pulls the rug out from under you, and even the end provides no clear answers, just a feeling of solemnity.