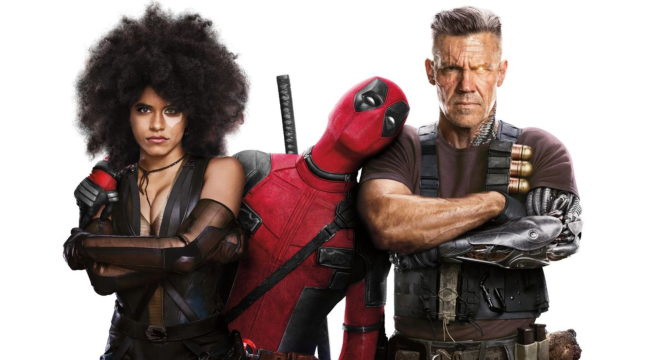 If you liked the first Deadpool then you should enjoy this one.  As much as I enjoy arthouse films, my three favorite theater-going experiences of the last year have been Jumanji: Welcome to the Jungle, Ready Player One and Deadpool 2.  There’s something communal about these popcorn movies that don’t try to do anything more than make you laugh, and if you’re in a theater, then that’ll make you laugh with other people.  And there’s something to be said for that.

Ryan Reynolds plays the violent, Van Wilder-esque protagonist.  He’s snarky, crude and extremely likable, much in the same way as the Colin Farrell character in In Bruges.  That character, an assassin, was crude, selfish and childish, but at the same time he was weirdly captivating because his charm came from a deep depression, meaning there was a perfectly reasonable explanation for his sadistic, effective humor.

Deadpool’s story wouldn’t work if he wasn’t funny, and I found him funny.  I think most teenaged boys will find him funny, and I get that what you’re already picturing for this type of comedy might not work for everyone.

So anyways I had a great time watching this movie, and because this is just another superhero movie, albeit a hard R-rated one, I didn’t know how to talk about it because what can I say that others haven’t?  Well the thing that struck me midway through the film was Deadpool’s sense of purpose.  It’s the exact same thing you see in all superhero movies.  These are characters whose goals are right there on the surface.  There might be subtext, but it’s hardly subtextual when the movie calls so much attention to it.  Deadpool makes all subtext text.

Like the first one, this movie purposefully keeps you at a distance.  Ryan Reynolds winks to the camera more than a few times and reminds you that this is a movie.  He repeatedly refers to the lazy writing, plot points, foreshadowing, Ryan Reynolds himself, and at one point he refers to the initial villain, Cable (Josh Brolin) as Thanos, the character Brolin just played in Avengers: Infinity War.

This constant breaking of the fourth wall will wear thin for some, but because I found the movie so funny I never minded.  Still, the lazy writing Reynolds refers to is self-evident, as a time-altering device will undo most of the consequences of the plot, and a character whose superpower is luck will use that power to fix another potentially tough plot moment.

But it works.  I don’t think anyone goes to see Deadpool 2 for the story.  If you just hit the reset button after every movie, as this one more or less does, then that’d be fine.  Deadpool 2 is an experience, a theater experience.

Maybe you watch this at ten pm on a Thursday in your living room and find it funny, but I have a feeling I’d like it much less than I did sitting in between a middle-aged married couple sipping wine and three German tourists drinking milkshakes.

Oh sh*t, I was going to talk about the characters’ sense of purpose and I forgot.  Alright, well that’s an angle into this story.

If you ignore all the meta humor, this is a story about Deadpool losing someone dear to him (his wife, Vanessa who is mostly cast to the side within the story) and channelling all of his deep, dark depression into saving a young mutant kid, Firefist (Hunt for the Wilderpeople’s Julian Dennison).  That’s the heart of the story as a whole, and it works well enough, though it might work even better if the story committed to Deadpool’s ultimate affection for the kid.

Again, I enjoyed all of this because I found it funny, but if you don’t, then it won’t.  The movie is more concerned with the immediate enjoyment, the joke of the scene, and because of that it might ignore any deeper significance to a moment.  The movie sides with the joke over the sincerity, and this makes the relationship between Deadpool and Firefist (yes that’s his name, and yes Ryan Reynolds makes fun of it) less fully realized.

If I do have one complaint, it’s the lack of Julian Dennison for large portions of the story.  Here he plays much of the same all bark no bite (okay, some bite) character as in Taika Waititi’s 2016 film Hunt for the Wilderpeople.  The Dennison character fancies himself a gangster like Tupac, but he acts with the same shyness as any kid his age.  Going into this movie, Dennison and Reynolds seemed like a great comic duo, but for much of the story they are separated and even antagonists to each other.

Okay I’m offtrack again.  Purpose.  Deadpool has a sense of purpose, and he channels all his grief, eventually, into a mission to save Firefist.  Firefist’s purpose is to get revenge on a pedophile who tortured him (as well as other mutants, remember this is still an X-men movie to some degree), but they both run into Cable (Brolin), whose purpose is to kill Firefist.  See, Cable is like John Connor.  He’s from the future, and he knows that if Firefist kills the guy he’s going to kill, then it sets him down a path and makes him into a full-fledged villain.  Now that I realize it, Cable kind of screwed his own plan when he showed up in act 2 and in his attempts to assassinate Firefist accidentally broke him out of prison.  That’s a flaw in his plan that Ryan Reynolds didn’t refer to when he kept calling out the lazy writing.

Anyways they all have a mission, and there’s something inherently romantic about such a notion, isn’t there?  We have so many superhero movies now, and I think part of the appeal is just the clear goal each character has.  Beyond the CGI, the attractive leading stars and the large action set pieces, it’s nice to channel all of your complicated, conflicting emotions into something loud and easily-identifiable.

So this, of course, isn’t just about Deadpool 2, but because Reynolds kept acknowledging the movie’s construction I found myself thinking more and more about that same construction.  Deadpool 2 insists you analyze and critique it to some degree.  Even though all of the self-referential winking is meant to drive comedy, it’s still a breakdown of itself and of mainstream action movies in general.

So maybe Deadpool is like that hip young substitute teacher who encourages you to think critically by rhyming his lesson plan with “This is America.”  He’s the cool guy who deep down does want us to learn and in the case of this movie, to feel and be seduced by the story, just as every director, screenwriter and producer wants.  Movies remain an illusion, a magic trick conducted right in front of you, and even as Reynolds calls attention to the trick, it’s still a trick nonetheless.