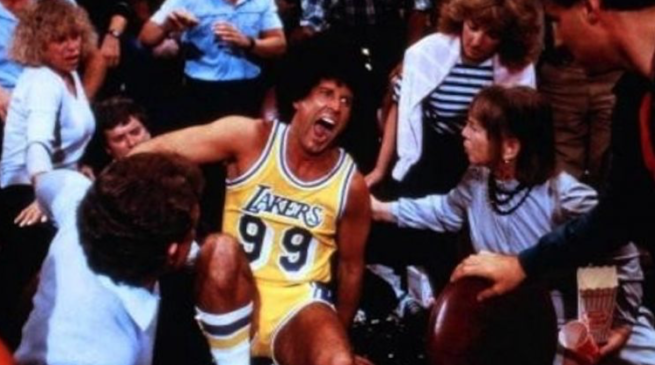 Fletch is a bit of a screwball noir comedy, traversing much the same terrain as Jake Gittes and Philip Marlowe.  He’s a journalist in the mold of Woodward & Bernstein but takes his investigation to the extreme, donning a variety of disguises and alter egos. He becomes a detective, not because the job requires it, but just because he seems to get a kick out of it.

When the story opens, Fletch (Chevy Chase) is on the Santa Monica beaches, trying to trace the roots of a recent drug epidemic.  He is sidetracked, however, when a man named Alan Stanwyck (Tim Matheson) offers him $50,000 to murder him, you know, as you do.

Fletch then throws his weight behind the Stanwyck case, trying to figure out just why the hell he would make such an offer.  When he quickly finds out that Stanwyck isn’t dying of cancer, as he claims, he knows something is surely afoot.

The film takes more than a few twists and turns, as noir stories often do, and it connects the Stanwyck case with the drug epidemic, tying everything together in one neat, climatic scene.  This follows the private eye template and includes scenes like the one in which the detective returns home after a long night on the job only to be accosted by characters we’ve never before seen.  This seems to happen in every film noir I can think of.

These men are cops who throw Fletch in prison where he is intimidated by the chief of police (using a gun in the face) into dropping his research into the drug selling on the Santa Monica beaches.

Really, Fletch just seems like an old noir story in which they dropped the guy from National Lampoon’s Vacation.  Chevy Chase plays many of the same comedic beats as his other movies, bumbling his way through scene after scene despite showing some real ingenuity on the job.

Though he is surrounded by characters pulled straight from a more grim, consequential movie, Chase gets to do things like dress up as the Larry David character from the beginning of Clear History, struggle with plastic straws and daydream about playing alongside Magic Johnson on the Los Angeles Lakers.

All the while he is surrounded by political corruption, a boss who doesn’t trust him, his ex-wife’s lawyer who hounds him for alimony and the man who got him involved in all this mess and who has other plans in store for him.

There is what you would typically believe to be the femme fatale character, Stanwyck’s wife Gail (Dana Wheeler-Nicholson), but she is instead the most harmless character in the movie.  She does slowly fall for Fletch’s charms, this despite the fact that she seems to see right through him from the start, and she doesn’t have a whole lot to do other than to be stolen away from one of the ultimate villains.