The Manchurian Candidate is a political thriller lathered in Cold War era fear mongering with a premise that is almost comic until it becomes deeply disturbing.  And yet by today’s standards this film feels pretty benign, the only noteworthy aspect of the story coming from the abrupt tonal shift near the end.

That isn’t to say it’s bad, it’s actually quite good, very good.  It’s an engaging movie with innovative ideas, risky plot points that might put off 1962 audiences and hell there’s Frank Sinatra too.  The Manchurian Candidate is playful, in a strange way as well.  It’s an accumulation of story ideas, characters and political themes that feels put together in an inspired way.  It’s also the type of story that has been recreated countless times since, not just in the 2004 remake but in many other films.  One that comes to mind is David Cronenberg’s The Dead Zone, with the third act assassination attempt by the protagonist or even the attempted assassination in Scorsese’s Taxi Driver.

The Manchurian Candidate wasn’t the first film to depict an attempted assassination (there’s Hitchcock’s The Man Who Knew Too Much, 1956, for example), and it wasn’t the first film to depict a returning soldier’s PTSD, at least as far as I know.  This film is just an engaging, wild, sometimes strange accumulation of story, character and political ideas, made with the same energy as a Tarantino movie.  Director John Frankenheimer even admitted as much, saying that what was considered plagiarism in the 1960s is now seen as homage.  It’s not lazy anymore, it’s just acknowledging your inspiration, and that’s a whole other topic to get into.

I like homages.  The best working directors today have movies full of homages.  Tarantino’s career is built off of referencing older works and remixing genres.  He had a shot, framed by a doorway in Inglourious Basterds taken straight from John Ford’s The Searchers… 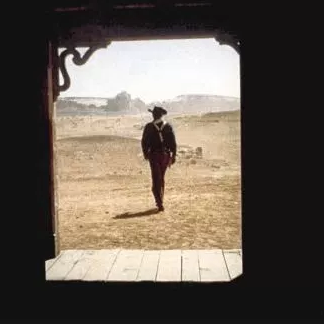 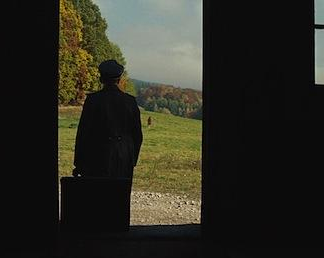 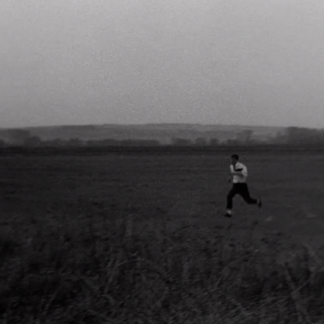 …and the symmetrical, neat framing of a Wes Anderson movie has a lot of similarities to Yasujiro Ozu…

And I think this is great.  Modern filmmakers referencing what inspired them can be a gateway into the works of these old directors, but I’m getting ahead of myself.  John Frankenheimer’s The Manchurian Candidate simply feels modern in the way it borrows from other films as many do today.

The story itself follows two specific soldiers returning from the Korean War.  The first is Major Bennett Marco (Frank Sinatra), a man with recurring nightmares which at first seem hilariously absurd, symbolic of war but little else, until you realize that he’s remembering what really happened.

The other soldier is Raymond Shaw (Laurence Harvey), the son of Lady MacBeth (Angela Lansbury) who is married to Senator John Iselin (James Gregory), a blow hard in the same vein as Senator Joe McCarthy and countless tv personalities today.

When the soldiers return from war, Shaw is awarded the medal of honor as Major Marco and the other soldiers repeatedly say that “Raymond Shaw is the kindest, bravest, warmest, most wonderful human being I’ve ever known in my life,” even though the Raymond Shaw we meet is quite the opposite.  Shaw wants nothing to do with anyone, particularly his mother, Eleanor, and her husband who seek to capitalize on his military success.

Marco, for his part, struggles to understand why he believes Shaw saved his life when deep down he knows that Shaw was a very unlikeable man.  Every night Marco has nightmares about being brainwashed, but soon we realize these aren’t dreams but rather memories of something that really happened.

Shaw and his company were brainwashed by the Communists, and Shaw, under hypnosis, killed two of their fellow soldiers.  Now back in America, the Communists use Shaw as a sleeper cell, activating him by whenever they choose by suggesting he play solitaire.

Under this suggestion, Shaw’s eyes glaze over, and he begins playing the lonely card game, now easy to control by those who seek to do harm through him.  The first thing Shaw’s handler does is order him to kill his boss at the newspaper where he works, in order to test the severity of the hypnosis.  He does, and suddenly he’s off to the races.

Now, as this is going on, Marco realizes that Shaw has been brainwashed.  He goes to investigate and runs into Shaw’s butler, of sorts, a man named Chunjin whom Marco recognizes as a North Korean Communist from his dream.  He assaults Marco and is restrained.

Now, things get a little complicated.  Or do they?  There are a lot of moving parts.  I should get back to Shaw’s mother Eleanor and her Joe McCarthy-ish husband because Eleanor is the Communist double agent leading all of this.  She’s the one pulling the strings behind her husband, Senator Iselin who, exactly like McCarthy takes to tv to proclaim that he knows for a fact there are communists working in the Department of Defense.  Iselin’s number keeps changing, and in one amusing scene he asks Eleanor if they can stick to a specific number of communists in these outlandish claims.  She suggests 57, like the number McCarthy suggested, and next thing we know, Iselin is on tv screaming about how there are 57 communists in the government.

So Iselin is played for a fool, coming off as a character like many of those in Kubrick’s Dr. Strangelove.  He’s an idiot, he’s powerless, and he’s secretly controlled by a communist.  Eleanor, we later learn, wanted the communists to make for her an assassin, but she didn’t realize it would be her own son, Raymond Shaw.

Anyways, that’s some of the back story.  We also learn about a time in Shaw’s life when he met and fell in love with Jocelyn Jordan, the daughter of Senator Thomas Jordan, a man Iselin would proclaim is a communist.  Shaw was in love with Jocelyn, but then his mother broke up the romance because Senator Jordan was one of Senator Iselin’s chief rivals.

Now, back in the present, Eleanor brings Jocelyn and her father back, organizing a reunion between the two love birds, in order to coerce Senator Jordan into supporting her husband’s bid for Vice President.

Shaw and Jocelyn fall right back in love with each other, but when Senator Jordan tells Eleanor he will never support her husband, she triggers Shaw’s hypnosis, ordering him to kill Jordan.  Shaw does, and when when Jocelyn stumbles onto the scene, he kills her too.

This is when the political humor stops and becomes something much darker.  Shaw enlists the help of Major Marco, saying he has no memory of what happened, and Marco takes it upon himself to help Shaw.  When Marco discovers how Shaw is controlled (through the deck of cards), he tries to deprogram Shaw, ordering him to tell him the communists plan once given to him.

Eleanor orders Shaw to assassinate the presidential nominee, meaning that Senator Iselin as Vice President will be given his nomination.  Shaw seems to obey, particularly since he doesn’t contact Marco.  He instead goes through the motions, setting up the sniper rifle but assassinates his mother and Senator Iselin instead of the presidential candidate.  Marco finds him and watches Shaw commit suicide while wearing his medal of honor.

Marco’s last lines, ending the film: “Made to commit acts too unspeakable to be cited here by an enemy who had captured his mind and his soul. He freed himself at last and in the end, heroically and unhesitatingly gave his life to save his country. Raymond Shaw… Hell… Hell.”

The Manchurian Candidate is one of those films that’s fascinating to breakdown but difficult to recap.  There are a lot of plot points, dramatic reveals, characters to address, etc. but the most interesting parts of the film are what it says about this time in history.  This film addresses Communism, fear-mongering, Joe McCarthy, PTSD, Lady MacBeth, a general thirst for power that could be seen as the dark side of capitalism, and it’s a strange blend of absurd comedy and tragic realism.

I mean, this is a film with several scenes involving a man miming playing cards while an audience watches he and his soldiers get brainwashed, and then it shows that man killing the love of his life and her father in cold blood.  It’s Dr. Strangelove at the beginning and The Shining by the end.

The Manchurian Candidate feels like an indictment of our own fears.  It undermines McCarthyism, showing that the people who facility this kind of fear-mongering are jokes and the real crime is those who believe it.  Sure, the communists are a real threat within this story, but they’re the ones making us fearful of them.  It’s like how the Russians interfered with the U.S. election and even still seem to find ways to encourage the divide within our country, at least according to certain reports.

The film has become so linked with the Kennedy assassination that a legend has grown up around it. Frank Sinatra, the film’s star, purchased the rights and kept it out of release from 1964 until 1988, and the story goes that he was inspired by remorse after Kennedy’s death. In fact, the director John Frankenheimer told me, Sinatra had a dispute with United Artists about the profits, and decided it would earn no money for the studio or anyone else. The DVD includes a conversation by Sinatra, Frankenheimer and writer George Axelrod, taped when the movie was finally re-released. Sinatra says it was the high point of his acting career; nobody mentions why it was unseen for 24 years.

So I guess The Manchurian Candidate is strangely topical even today.  That’s actually kind of frightening.