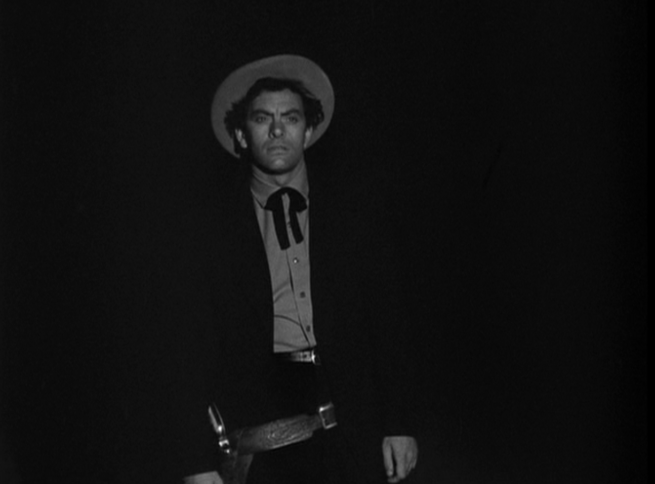 I Shot Jesse James makes a melodrama out of Robert Ford’s decision to kill famed outlaw Jesse James.  Ford shoots James early in the film, hoping to reap the bounty placed on his head so that he can settle down with Cynthy, the woman he loves.  After the murder, Ford watches as his life gets worse and worse.  Cynthy grows afraid of him, shocked that he would turn on his best friend, while the fans of Jesse James express disgust for what he did.

The effective part of I Shot Jesse James depicts Robert Ford’s torment.  He only receives $500 of the $10,000 reward he was promised, and even the police who give it to him throw the money in the dirt, demonstrating their contempt for him.  When Cynthy turns Ford away, he becomes desperate, now for the only person who matters to him as well as for a livelihood.

Like in the true story of Robert Ford, he began performing reenactments of the James murder to small theater audiences.  In the film we only see one of these performances.  When it comes time for Ford to pull the trigger, he flashes back to the real crime and finds he can no longer do it.  The disapproving crowd boos him offstage, but their thinly veiled disgust is not hard to read even before the end of Ford’s performance.  They watch him, even consume him, with disturbed expressions.  The camera often holds tight on these looks, allowing us to see clearly how much the audience wants Ford to fail.

Ford is like any young celebrity who rises quickly to fame today, though he’s never really adored.  You see it in the rise and fall of various child celebrities, some of whom bounce back and some of whom don’t.  After shooting Jesse James, Ford is as famous as he’ll ever be.  He later survives a brief shootout with a kid who bluntly says that there is now a target on Ford’s back.  The kid just wanted to be famous, to be the guy who shot the guy who shot Jesse James.

This story has been told before, probably best later on in 2007’s The Assassination of Jesse James by the Coward Robert Ford.  Here Ford is played by John Ireland, and in the other one by Casey Affleck.  I’m not sure if Affleck’s casting was deliberate, but they certainly do look alike. 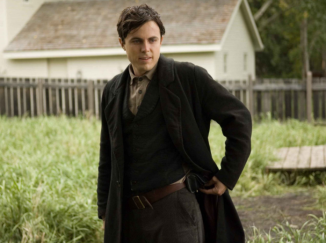 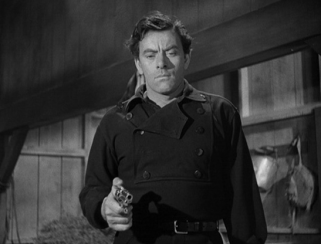 The 2007 film explores Ford’s hero worship for James’ celebrity.  At one point in the film, James (Brad Pitt) asks Ford, “do you want to be like me or do you want to be me?”  When Ford eventually kills James, he does become him, or at least a version of him.  Ford lives with a target on his back, and the film ends with him getting shot down just like his hero.

I love that movie, and I think I attribute much of what I gleamed from it to this 1949 film.  I see Ford as a tragic figure, one torn apart by guilt, insecurity and a lack of any real identity.  These shades of grey make him a fascinating character, but I Shot Jesse James glosses over much of this and suggests the reason Ford killed his best friend was because of a woman.

The motivation is made simple and thus less compelling.  The friendship between James and Ford, the most fascinating aspect of the film, is rendered obsolete after the first 15 or 20 minutes of the film.

The romance between Ford and Cynthy is much less engaging, but the film spends most of the time on close ups of their tormented love.  The film turns the complexity of Robert Ford into a melodramatic love story.  This is a western, and yet we spend almost all of our time in doors, in close up.

There is possibly a strange fetishization of sadness, fear and guilt within the film.  This is much more of a personal story than you typically see in westerns, when bodies drop like flies, and cowboys carry on like nothing happened.  Until Ford’s eventual death in the closing minutes of the film, the only body is that of Jesse James.

So I guess another way of looking at it is that death matters in I Shot Jesse James.  Ford’s twisted emotions, his guilt and pride, suggest a level of feeling you don’t always seen in these kinds of movies.  So this is actually quite the engaging portrait of a killer, but I think the fascinating detail of Robert Ford’s character is due more to what I recall from The Assassination of Jesse James by the Coward Robert Ford.

Robert Ford killed Jesse James in 1882 and lived another ten years until he himself was shot and killed.  In that time he does a lot of what we see in this film.  He reenacts the murder for sometime and later moves to Colorado to mine for silver.  It’s hard to know exactly what drove Ford.  Did he participate in the reenactments out of pride or as a form of vanity?  In I Shot Jesse James he does it merely to make enough money to survive.  He’s a reluctant performer, and when that falls through he turns to any other means to make money.

The reason Ford goes to Colorado is not to make a fortune (though that’s a welcome result) but to do anything he can to get by.  It’s a last ditch effort, in some ways, and the film makes it seem as though all of this has happened in a matter of months following the Jesse James murder.

I find most interesting about Robert Ford the mystery surrounding why he did what he did, including what he did after.  He’s a fascinating figure, and you can filter his life through various symbolism.  The murder, the mining for silver, the performances, they could all be a sign of him seeking fame and fortune, achieving some version of an American Dream.  He’s a restless character who will do anything to make it.

But again, I Shot Jesse James says he did all of this for the love of a woman.  He killed James so he could settle down with her, and he participates in the theater mostly because Cynthy is a performer in the same theater.  Finally Ford strikes it big in Colorado and sends for Cynthy to join him.  She rejects his marriage proposal, and Ford is eventually killed by a man presented as an obstacle to Cynthy’s love and affection.

There is a lot to explore in this film and within Robert Ford’s life, but the story in this film is presented as an ill-fated love triangle.  It makes you wonder how someone like Robert Ford, so sensitive to his own whims and to those around him, could ever survive as long as he did.